Can Water Exposure Worsen Over Time? 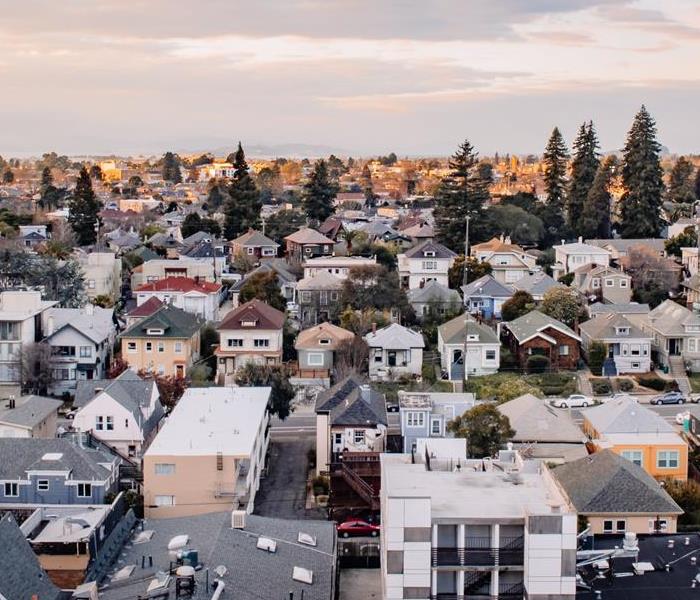 SERVPRO knows how important your property is. Call us today when it comes to damage.

SERVPRO in Oakland Can Mitigate Against Water Exposure and Lessen Exponential Damages in your Home.

Oakland is a port city on the West Coast of the USA and a thriving part of the San Francisco Bay Area. The storied history of the area owes much to the mid-nineteenth century gold rush. Prospectors arriving in California could use Oakland, and its busy port, to export raw materials worldwide. The growing population was supplemented in part by Chinese immigration, which has flourished in Chinatown neighborhoods. The region experienced a second boom in population during the early twentieth century with constructing a general motors factory in 1916. During the second world war, Oakland was a core part of military manufacturing leading to further population growth and ethnic diversity.

Modern-day Oakland is a typical metropolitan region with several huge skyscrapers and over fifty individual neighborhoods. The thriving Central Business District is supplemented by one of the world's leading universities in Berkeley. The city is currently ranked in the top ten places to live in the United States and among the top twenty for economic opportunity. The cultural diversity alongside gentrification during the twenty-first century has seen Oakland develop into a tourist hotspot. Over 2.5 million people visit Oakland each year, while the city has more artists per capita than anywhere else in the United States.

SERVPRO Can Prevent the Damaging, Long-term Effects of Water Damage in your Home.

Water exposure worsens over-time. The total impact of a water intrusion event depends on the types of material in the home and the length of time those materials are exposed to water. SERVPRO technicians can identify potential damage-causing issues quickly and put in place solid, mitigative controls to avoid permanent damage.

Reducing damage from water exposure is an expert job. Contact SERVPRO of West Oakland for water damage mitigation at (510) 599-9300.