Stormwater Removal with SERVPRO in West Oakland Gets Results 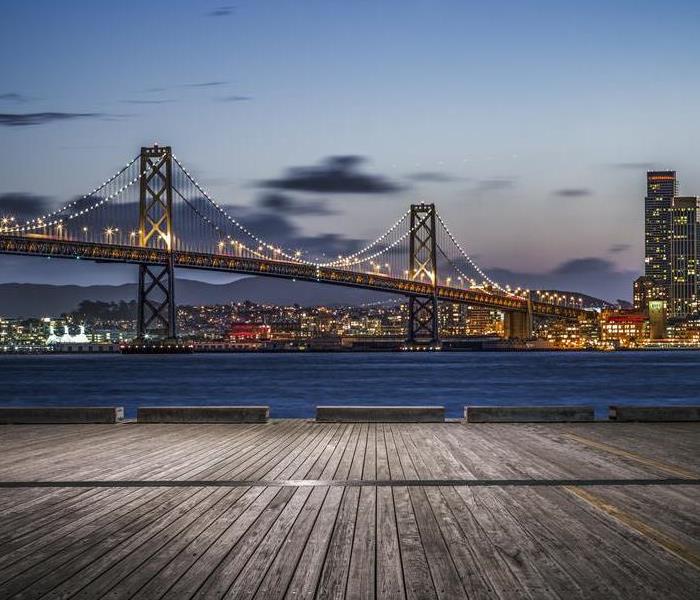 SERVPRO of West Oakland will give you results when it comes to your properties storm damage.

Rather a neighborhood than a stand-alone city, West Oakland is situated up in the northwestern area of Oakland, California. Looking back in time, the land that West Oakland resides on was granted in 1820 to Luis Maria Peralta.

The Loma Prieta Earthquake of 1989

During the devastating Loma Prieta earthquake in 1989, there was a collapse of the Cypress Freeway that took the lives of 42 people. West Oakland residents and rescue teams worked tirelessly to save as many people as possible, but the tragedy was too immense. Once the freeway was gone, locals resisted efforts for a rebuild, and gentrification started to take place in the West Oakland area. Warehouses got turned into art studios, pedestrian paths got put in, new gardens were installed, and older Victorian homes in the area started to get refurbished.

No matter where you go in the West Oakland area, you will always find various landmarks and historical sites to visit. This makes the region just right for taking a tour or spending a few days to take in some of the most notable points of interest, such as:

Exploring Some of the Best West Oakland, California, Neighborhoods

It goes without saying that West Oakland is a diverse area with plenty of things to see and do. If you are looking to relocate to the region, it is best to get to know some of the neighborhoods, including:

Harsh weather can bring on flooding that ravages West Oakland residential properties. Any standing water can put immense pressure on the structure of your home and turn into a costly event with the potential for mold and mildew growth. You need stormwater removal, and you need it quickly so that your home can get back to pre-flood condition, which is where SERVPRO can help!

When it comes to stormwater removal in West Oakland, our team at SERVPRO works diligently to mitigate loss and get you back on your feet.

Flood restoration and stormwater removal are what we are here for at SERVPRO of West Oakland. By calling (510) 599-9300, you will have a team at your door and ready to get to work as soon as possible.